We are in a climate emergency.

The United Nations Intergovernmental Panel on Climate Change has declared that our world has only a limited amount of time before passing the tipping point of permanent harm. This climate emergency is the result of years of build up from Greenhouse Gases (GHGs). The most significant sources of GHGs globally are coal mining, oil production, land transportation, landfills, burning forests, industrial agriculture and agricultural processes, and, as a result of the rest, melting permafrost. Burning forests, floods in Ontario, draught, melting ice and dying species may all be the results of climate change.

We must take action now to reduce emissions.

Our economy and society will be transformed by new technologies and the necessary actions to reduce carbon emissions.  There is no contradiction between a strong economy and climate justice – in fact they are complementary. Workers and their unions must be a key part of the movement for green jobs, fighting for equity and ensuring a Just Transition in a sustainable economy.

The labour movement has been a driving force in nearly all of the social progress made by Canadians in the 150 years. Labour represents the single largest democratic membership-based organization in the country. From healthcare to pensions, safety laws to maternity leave – unions bargained these at work and then worked with allies to win them as universal programs.

When unions ask for climate justice, we want to ensure the jobs in the new green economy are good stable jobs with benefits and a living wage. We want to ensure that everyone is part of a shared prosperity, including communities and people who didn’t always have access to good jobs in the past. That’s why Just Transition* is a crucial demand made by unions across the world.

And we recognize that Canada’s relationship to Indigenous peoples has to grapple with the legacy of injustice and discrimination that has been central to this country’s development.

There is much to explore as we work through how our society exists in harmony with nature and ensures future generations survive.

Responding to the Crisis

To change course from our current unsustainable direction our society must make bold decisions to change how we would operate. There are many examples in the past when economies have been harnessed for common purpose. In some cases nations have created new programs such as public healthcare, public broadcasting or public banking to serve the people instead of serving wealthy corporate interests. There have also been economic transformations that have not worked for the majority – such as trade deals that wipe out jobs, privatization schemes that gouge the public and technological change that turns permanent employees into precarious subcontractors. We must make sure that change driven by the climate emergency takes the needs of workers into account.

What can local unions do?

Local unions are at the core of the labour movement in Canada. Locals bargain and enforce collective agreements, deal with employers, select stewards and safety representatives and often initiate ideas that are adopted by other levels of the union. Locals can ask the employment to explain their plans to climate proof the workplace, train members to play a role and set up joint committees to map the workplace and target emissions reductions. Local unions can also get involved in broader campaigns for climate justice. Across the world cities are collaborating to lead the way in addressing the climate emergency. Partnering with City Councillors or School Trustees to win effective public policies is vitally important. Unions can mobilize members for rallies, as well as lobbying provincial or federal politicians.

Once a union is engaged in climate work, there are many opportunities. Information can be shared in newsletters, through social media and included in all steward and safety rep training. Members can be trained as advocates in the workplace or in coalition work.

Making Change in the Workplace - Why Workers Knowledge is Crucial

Every major employer association has developed some form of environmental plan for its sector. It is meant to be applied in each workplace to reduce carbon emissions, but it is not always put in place. Asking the employer to share that plan is the first step in a discussion about how to lower the carbon footprint of the day-to-day operations. It is front-line workers who understand the system best. From hospitals to hotels, grocery stores to airports, schools to packaging plants, our members create the goods and services that are central to our economy.  If you want to re-design the process in a workplace to lower the carbon intensity, you need the real, gritty knowledge of the people directly involved. Workplace Emissions Reductions Committees with representatives from the union and management can facilitate the process of reducing emissions.

There are many companies, public institutions and local governments that are striving to model their operations on global best practices. For example, the City of Toronto has declared a climate emergency and a plan to reach carbon net-zero by 2050 or before. The City of Halifax has also declared a climate emergency and Vancouver has a 2020 Greenest City Action Plan. Just as unions worked with employers for decades to build a new culture of health and safety, unions can again partner with employers to make real, significant change to our workplaces.

First Steps for a Union Activist

If you are interested in doing something about climate change here are some basic steps to follow.

Fortunately in Canada we have a long history of working with environmental organizations, building on mutual understanding and respect. At the national or local level unions can reach out and join campaigns for climate justice. This allows us to push for real solutions while educating our allies on the reality of economic inequality and systemic discrimination. Working effectively in our unions and communities we can make progress toward climate justice. 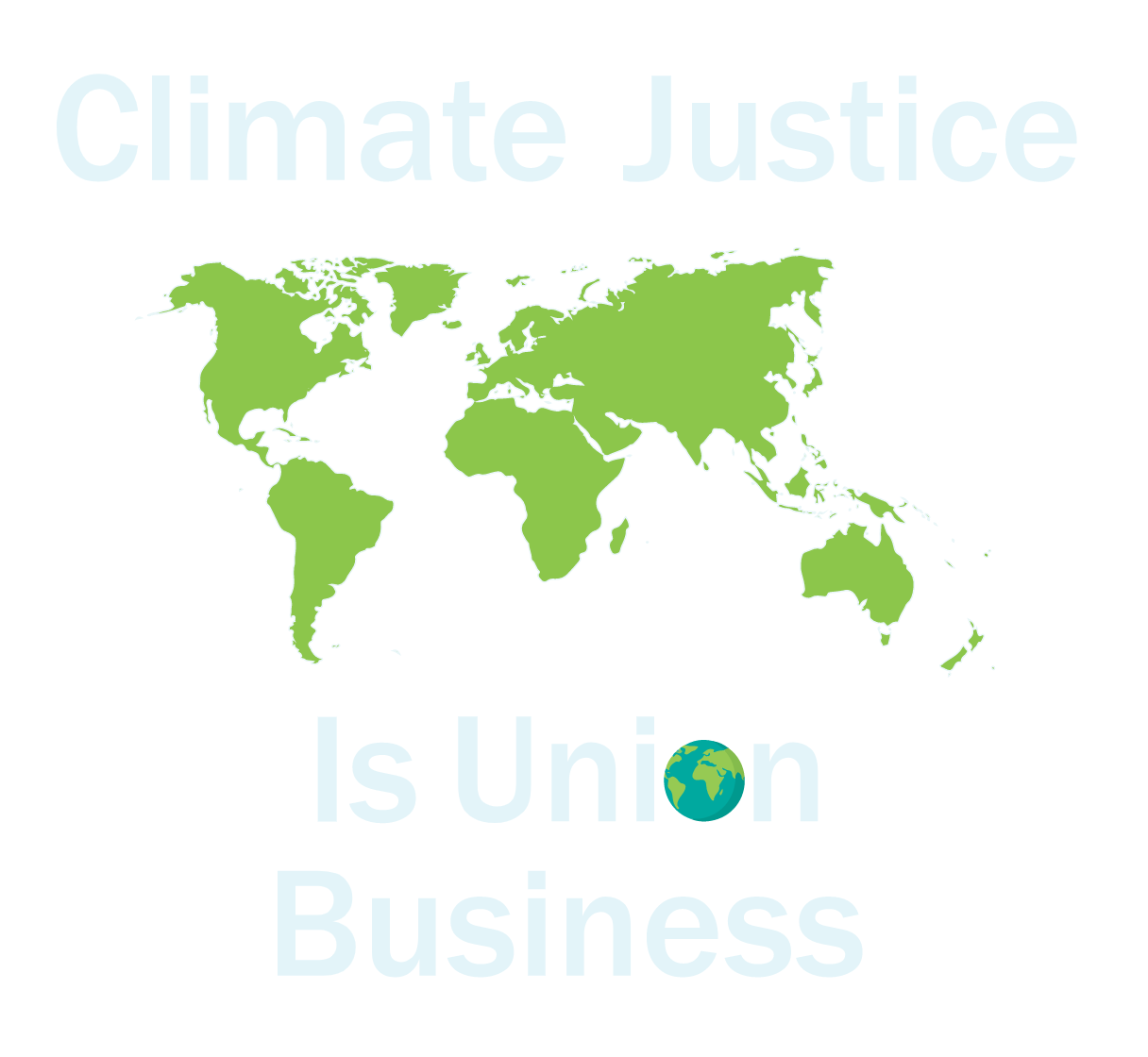